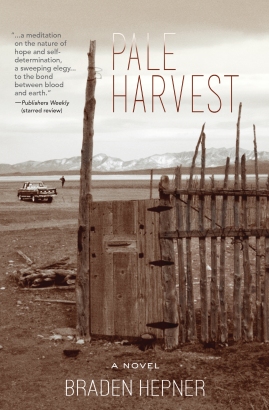 “Hepner’s stunning debut novel is an homage to the barren landscape of the American West…a meditation on the nature of hope and self-determination, a sweeping elegy to a dying town and to the bond between blood and earth.” —PUBLISHERS WEEKLY (starred review)

“A deeply moving and intellectually profound novel built on the iconic myth of the American West…Hepner draws a narrative exploring the existential angst smoldering in the rural West as family farmers who hold stewardship of the land confront social and economic conditions beyond their control. A bravura debut.” —KIRKUS (starred review)

“A quietly dazzling debut that any reader could enjoy.” —LIBRARY JOURNAL (starred review)