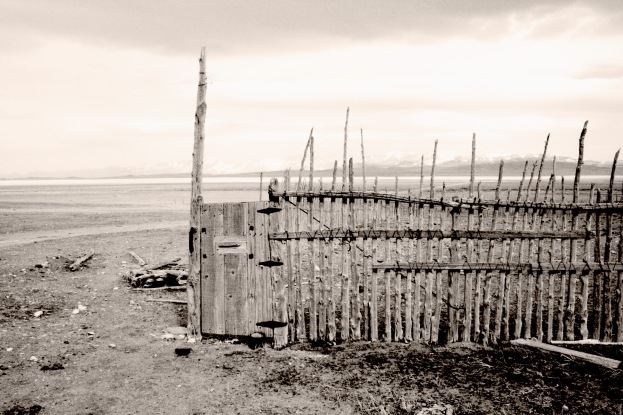 Jack Selvedge has lived on his grandfather’s farm in the rural high desert of Utah since he was orphaned at age fourteen. Working his remaining youth away on a farm on the brink of extinction, he finds his life stagnant and his existence lukewarm. The town, population 500, also seems dead, its square boarded up and lifeless and its youth gone. When Rebekah returns on the run from her father, Jack’s life is infused with new possibility and with a want he has never known. She becomes the potential for his salvation, the only thing that might dredge him up from belated confusion and the crisis his indifference has led him to. He isn’t the only man she affects this way, and it soon becomes clear why girls like her don’t stay in towns like this one.

The combination of the self-imposed decline of those around him, Rebekah’s struggle to reestablish herself in a world turned upside down by her father’s villainy, and Jack’s attempt to break from the only life he knows and to win Rebekah culminate in a bizarre and varied tragedy.

PALE HARVEST is the story of a young man’s struggle to reckon with the values and ideals that have shaped him, despite the hallmarks of their ruin all around him. An exploration of the decline and demise of small towns in the American west, the subsequent loss of beauty and purity therein, and the repercussions of shattered ideals, PALE HARVEST ultimately ponders the human spirit’s capacity not only to endure what fate brings, but to become renewed in alternate paths because of it.

PALE HARVEST is available from bookstores and online retailers.

—To read an EXCERPT from the book, clink the icon below.

—To read an INTERVIEW with the author at The Salty Beatnik, click here.